Where to surf in Poland

5 days, 5 stops and 5 places worth visiting while searching for waves on the Polish coast.

I was raised by the Baltic Sea. The northwest coast to be precise. This part of polish coast consists of couple of promising surfing spots. Kołobrzeg, Ustronie Morskie or Darłowo can deliver good surf when the conditions are propitious. It’s little more than 200 km from Hel peninsula – the mecca of Polish water sports.

The goal of this trip wasn’t however to visit my childhood beach and northwest spots. This time we decided to hit up north towards above mentioned Hel peninsula.

In Poland best surfing conditions, no matter the part of the coast, come in spring, autumn and winter when the Baltic Sea becomes more gracious for surfers. If you’re lucky enough you’ll catch some waves in late summer (August/September) as well. For the last two or three years there were even short periods of good surf in July.

We weren’t lucky this time, cause all we saw was small wind swell in Chałupy, but I got used to that kind of situations. When I went to see Mavericks in January (waiting period of the 2015 Titans of Mavericks contest) the ocean was flat as a table top. Waves or no waves we spent five awesome days on the Polish coast. Here’s our route: We started our coastal, off season journey with a sunset on a wild beach in Stilo. After 8 hour drive from Cracow we had only one goal: say hallo to the sea. We took a 4 km walk from our stay – Cisowy Zakątek in Sasino. Great place with Kashubian tradition inspired houses.

Stilo beach is just mind blowing. Hidden, wide and abandoned. There was no swell so it’s hard to say what this spot can offer, but in worse case scenario it’s a great place for hang out after a whole day session on another spot. Being there don’t skip dinner in excellent local restaurant called „Ewa Zaprasza”. In my opinion it’s one of the best traditional polish restaurants in the country.  To make sure that you’ll be able to enjoy what it has to offer you better book a table couple of days in advance. Some say that this town has a great potential of becoming an alternative to Chałupy as a capital of polish water sports.

Being there I observed the domination of kite surfers, but thanks to people like Paulina Ziółkowska, who owns a local surf shop and kitesurfing school „Aloha”, surfing culture can be more popularized in the area. You can treat Rewa as an private and quiet alternative to the city in terms of accommodation when near Gdańsk area. The spot is located near a hotel, which is also called Faleza, in a beautiful town called Jastrzębia Góra. The „road” to the beach is short but you have to deal with pretty steep stairs that lead to this narrow beach under the cliff. The path in the woods gives this spot a mysterious character. We loved it! The best proof of the conditions you can get on this spot is this video. The rip currents can be strong there so be careful.

We’re getting closer to the Hel peninsula here. Surf spot near the harbor is considered as one of the famous in this part of the coast. Here you can experience solid barrels. Number one destination in terms of board related sports in Poland. Like other towns on Hel peninsula you can practice water sports using the Gulf of Puck on the one hand and the open sea on the other.

Chałupy was the last stop on our trip and it gave us a glimpse of what is possible here when the conditions are right. We enjoyed the wind swell from the beach with one thing in mind: we’re coming back! Cause there are waves in the Baltic Sea. See for yourself. 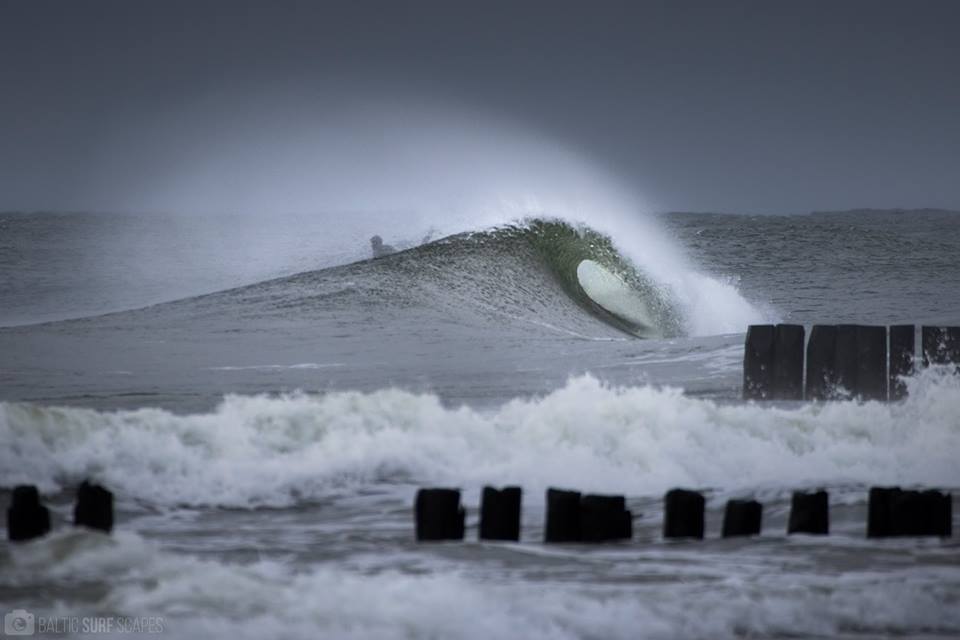 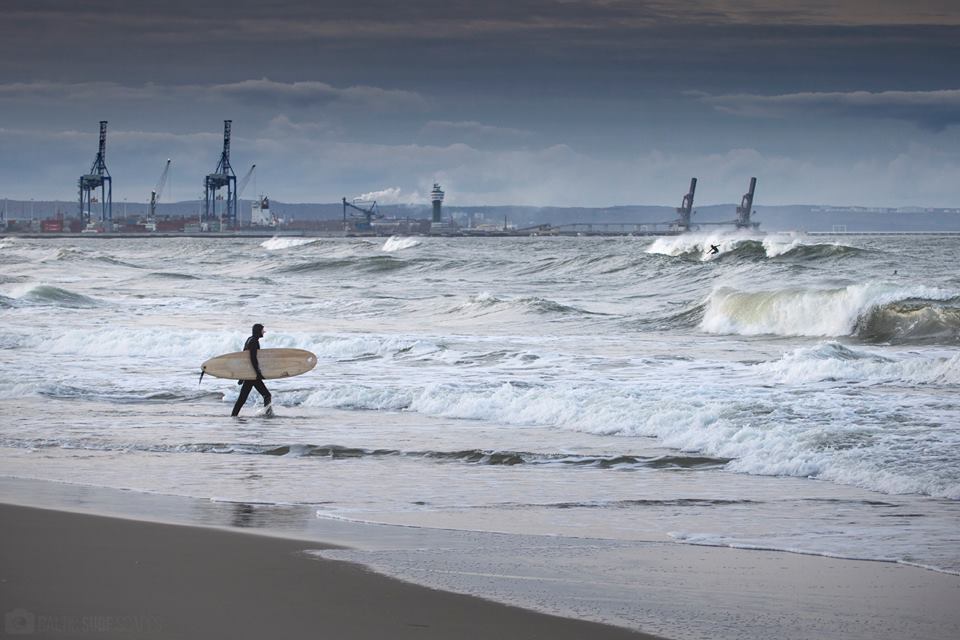 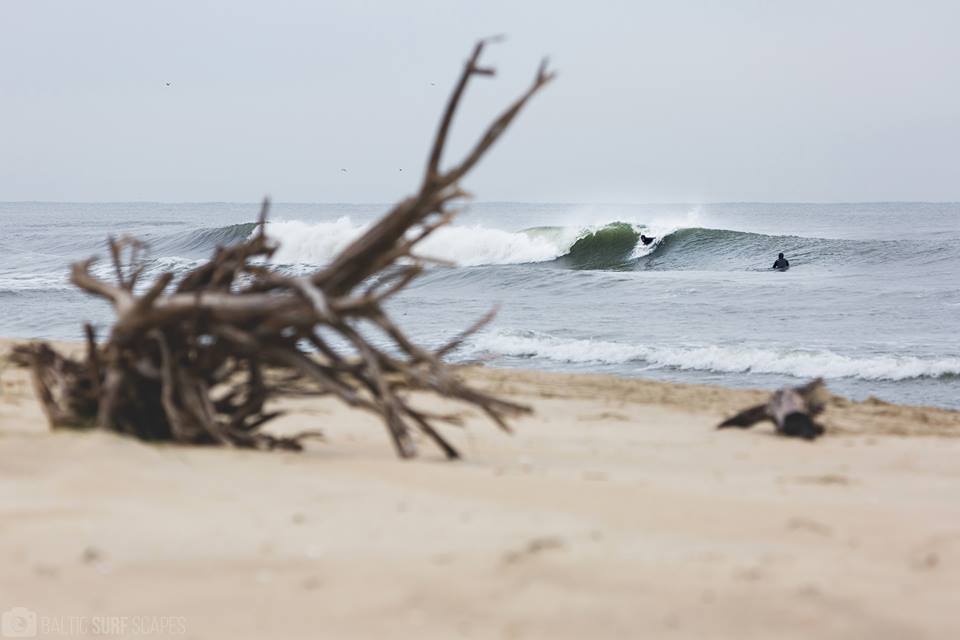 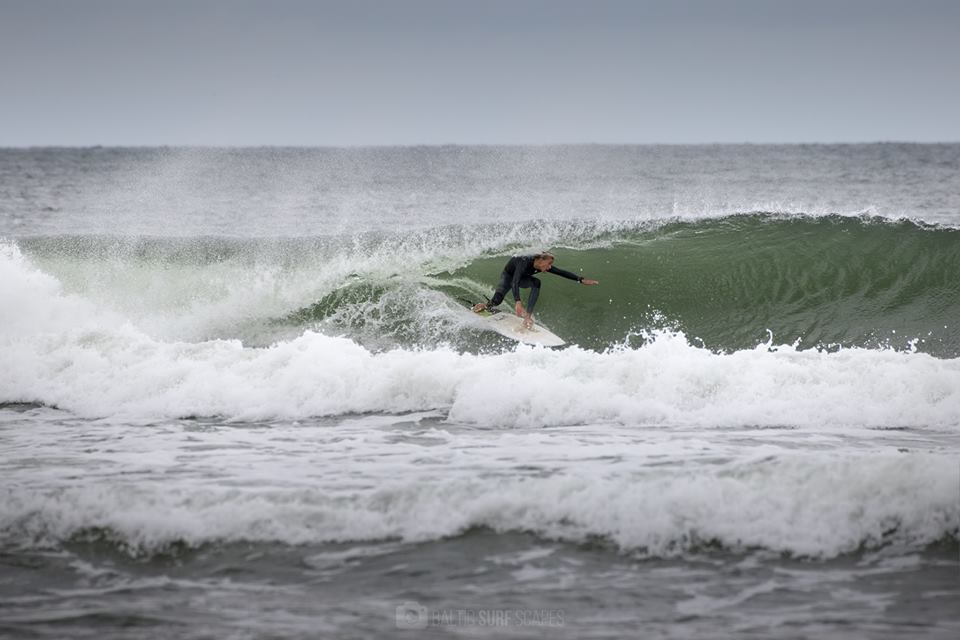 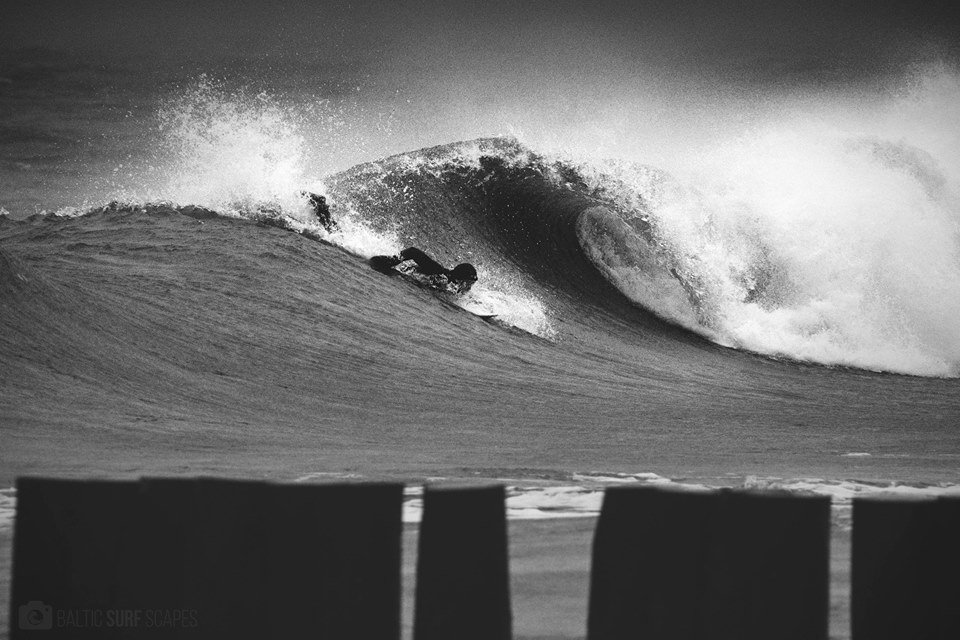 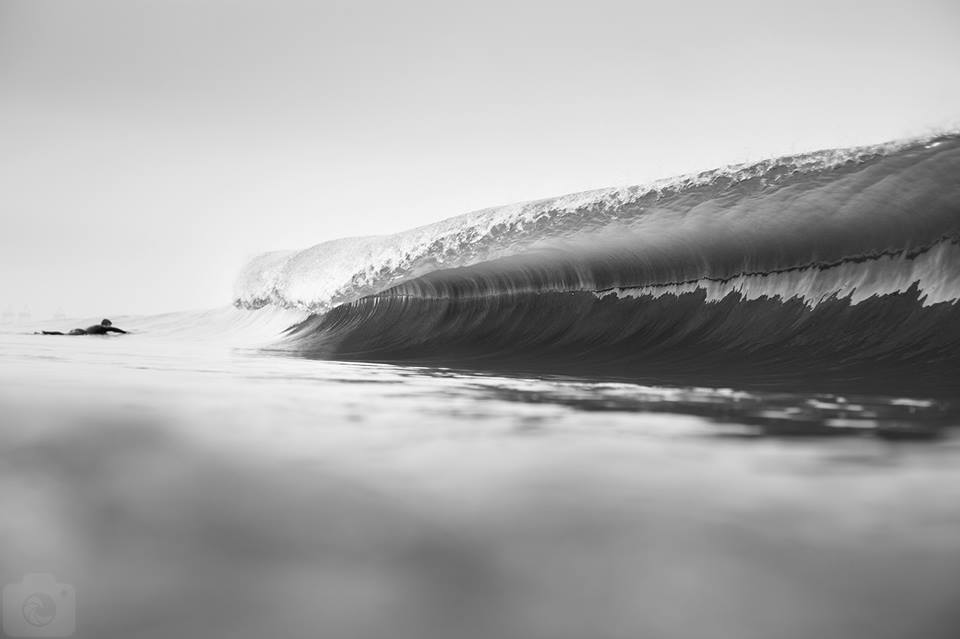 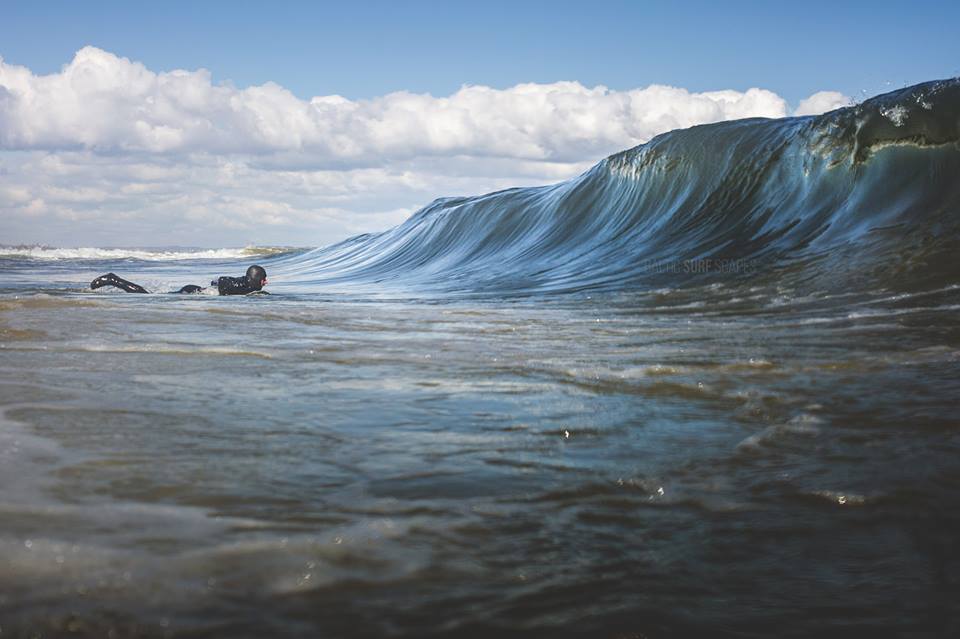 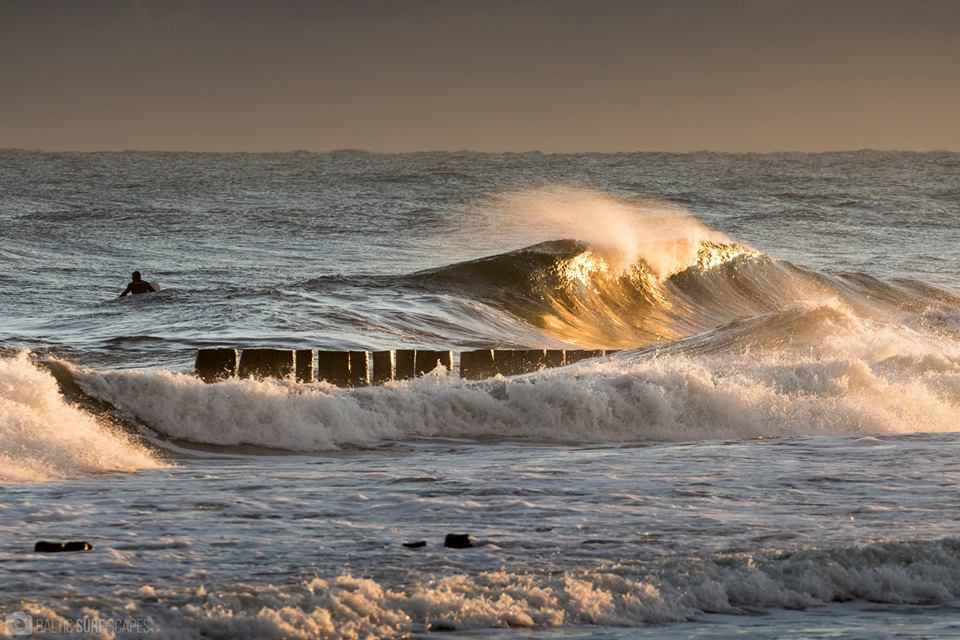 The above photos were taken by one of the best Polish surfing photographers Krzysztof Jędrzejak. You can see more of his work here.