I waited year and a half for a next surf trip. Have I learned how to surf better thanks to that trip? No. But I’ve learned something much more important.

In 2018 my plan of having 4 surf trips a year came crushing down. What’s more, I wasn’t able to do even one. Without going into details that’s the way it is sometimes. You need to make choices and setup priorities. Surfing stopped being my priority at the moment. It hurts, but that’s life. I got over it and accepted the fact that it will get me a while longer to achieve my surfing goal.

Despite the obstacles I don’t want to give up. So when an opportunity for a short surf trip came I convinced mrs_edita that Portugal and the coast of the Lisbon area is the best destination taking under consideration our budget. So it happened. We flew on March 28th.

In this post I would like to share my reflections that this trip has caused. Both in terms of my approach to the sport itself after almost a year and a half break, as well as the destination that we have chosen. 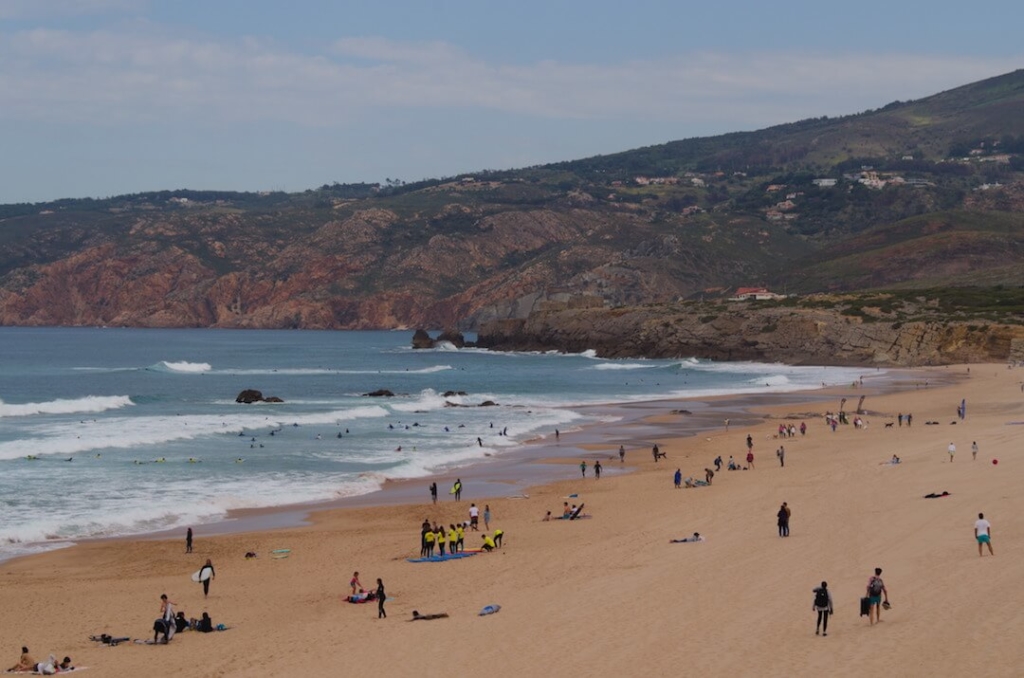 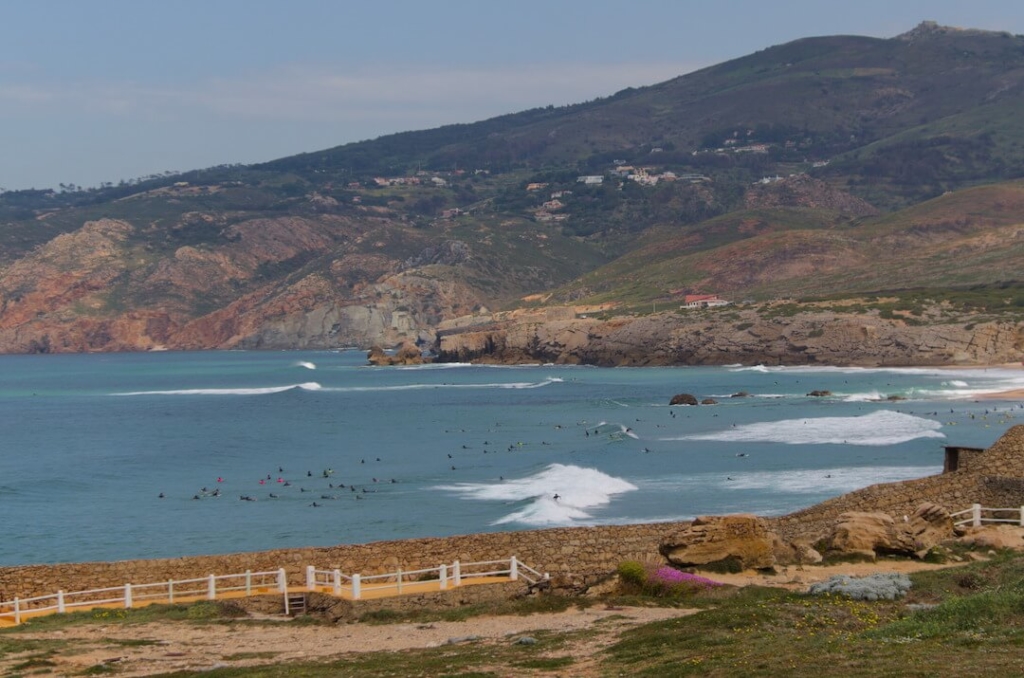 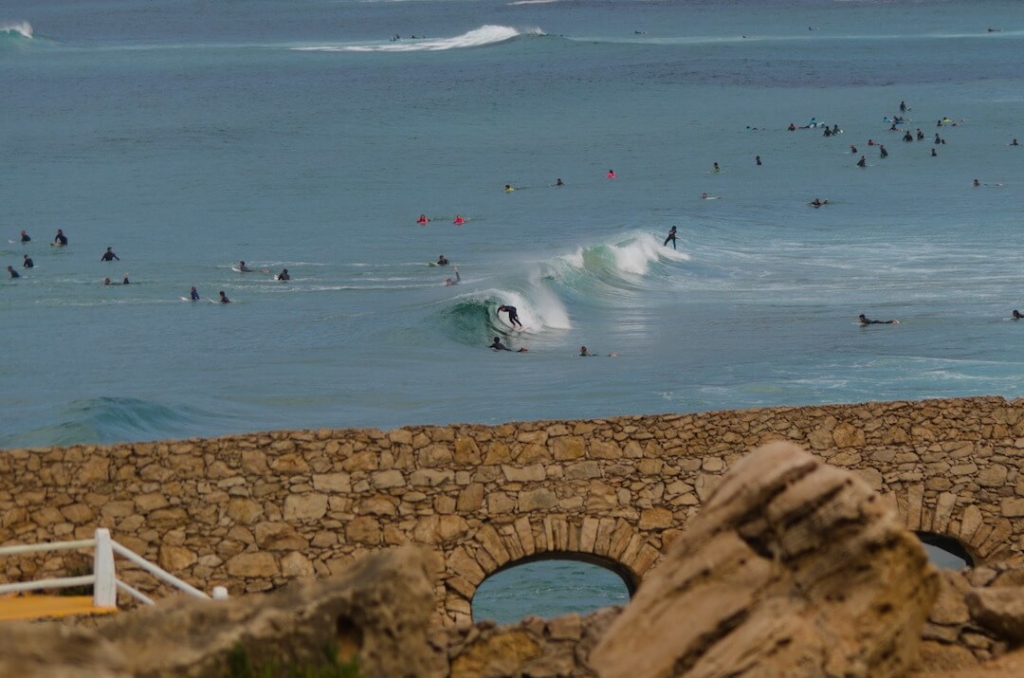 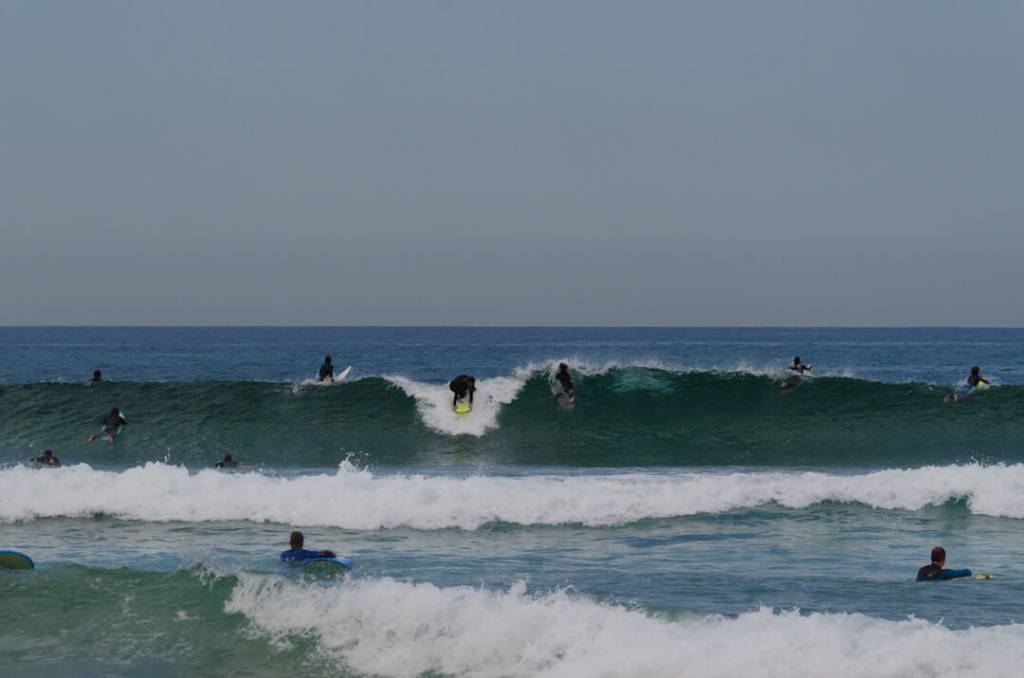 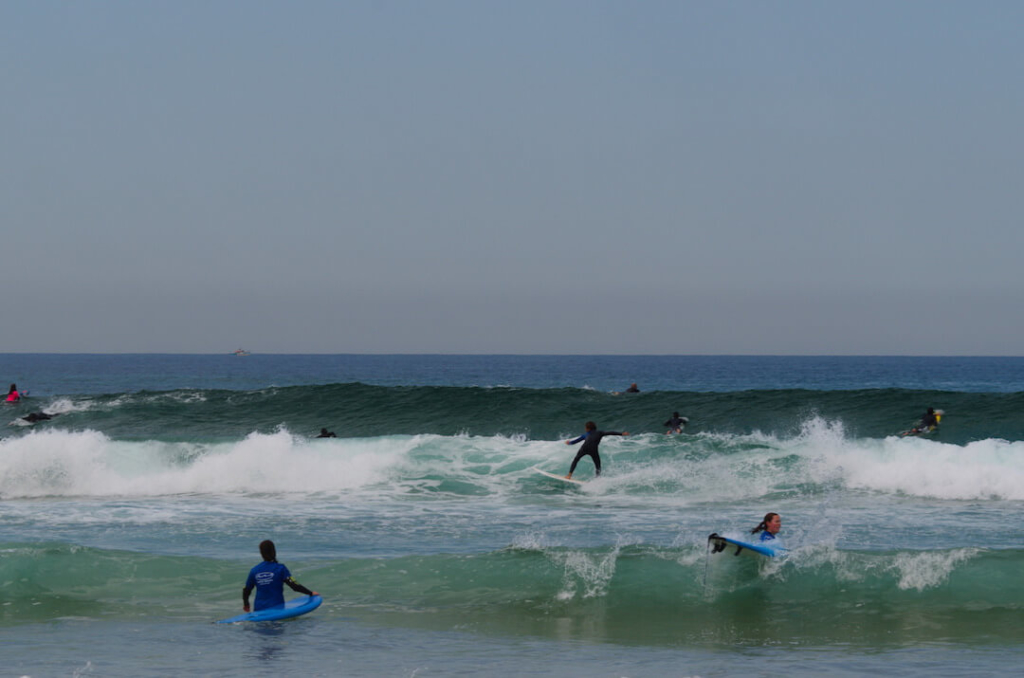 1. Surfing as a long-distance project

It seems obvious and natural to think about this sport that way, especially when the place of residence isn’t conducive to everyday surfing. However, it was only during this trip that I realized that I had assumed the opposite. I hoped that surfing a few times a year I will jump to a satisfactory level within 4-5 years.

When got myself in the water after year and a half break there was a huge frustration, anger even at myself and everything around me cause I wasn’t performing as well as assumed. Instead of enjoying the ocean I was disgruntled. The voice in my head was saying: c’mon, push! You don’t know when there will be another occasion to hit the water. Stupid!

After that trip I let go and accepted the reality. And the reality is that me shredding on a shortboard in a barrel is a very distant perspective or something that won’t ever happen. I have no idea when I’ll be able to surf again. I don’t know if I would catch a wave. All I know is that I won’t let some unreal fantasy to ruin this moment when it eventually comes. 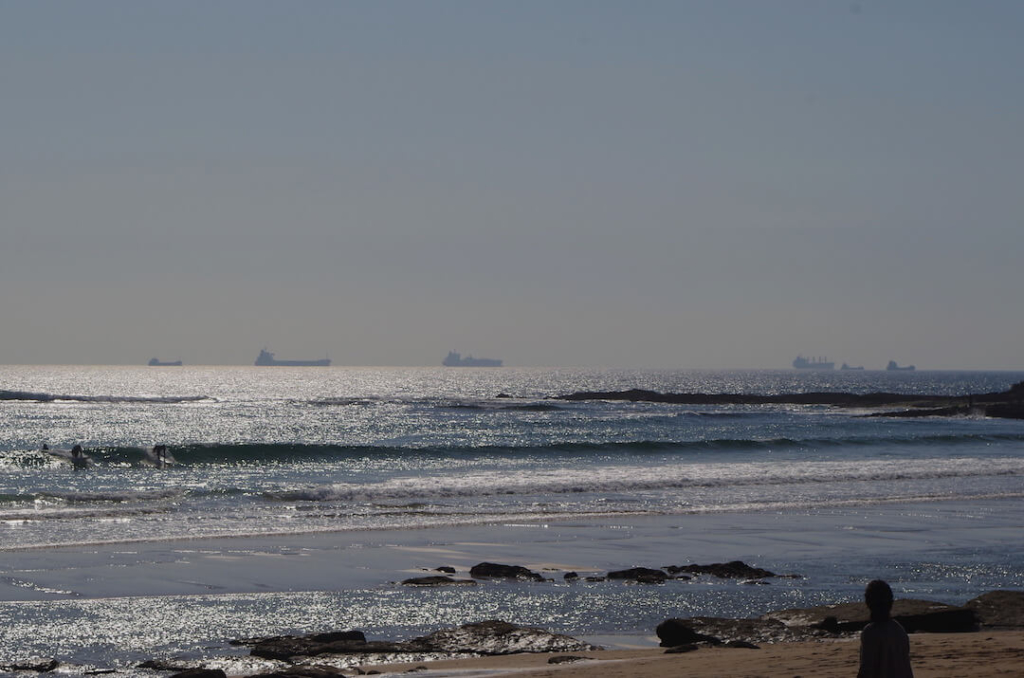 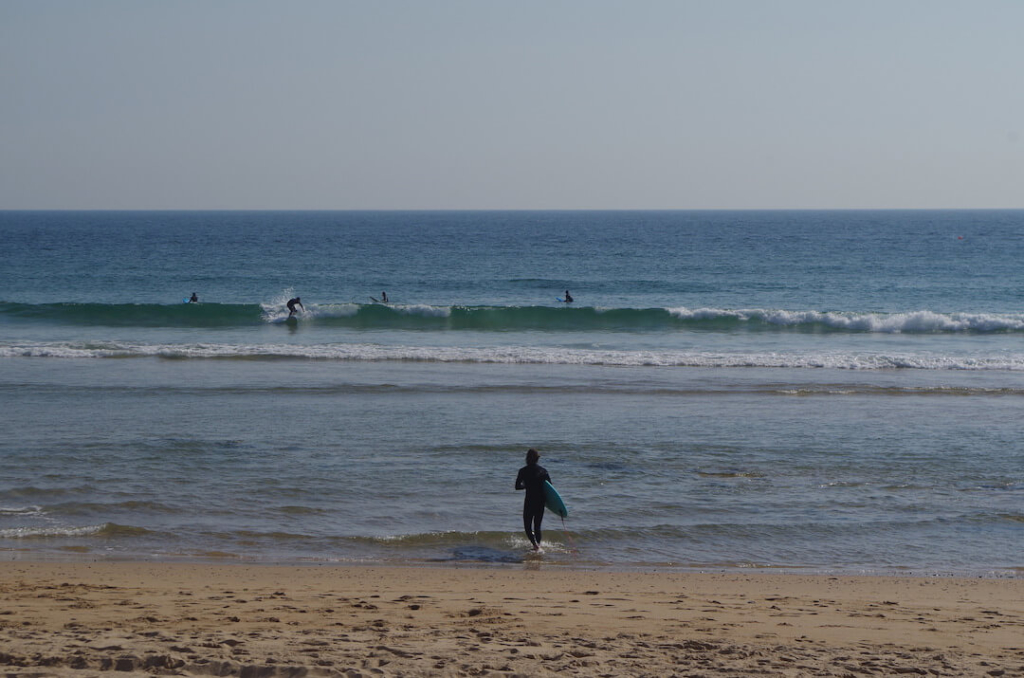 In March and April the water temperature at local spots (Carcavelos and Guincho) is 14-15 degrees Celsius. I’ve already been surfing in conditions with 16-17 degrees and now I know that this is the limit below which it stops being pleasant for me. That’s it. Of course, thicker foam (minimum 4/3 mm) and 5 mm surf boots help to endure such a temperature, but I discovered that in such conditions surfing stops being a sneak for me and turns into a torment.

That’s why my minimum goal is to surf in warm water (at least 20 degrees Celsius). Indo, Canary Islands, maybe Morocco at early autumn – here I come!

3. Surfing instructor? Yes, but not a must

I did a surf school research as with every other surf trip. There are plenty of them in Lisbon area. After detailed analysis I choose one. I decided that with that school I will work on my surfing skills over the whole week. I contacted with the owner and booked the first lesson. It occurred that it was also the last lesson. To be honest that was one of the worst surf lessons in my life.

After that experience I decided that next time I’ll wait till I get on the spot, then do a tour on local schools or even a chat with local surfer who – for an agreed price – will describe the characteristics of the spot and corrects my mistakes during the session.

Most schools, including those from Lisbon, operate on the most popular spots in the area, which are Carcavelos and Guincho. As it turned out later, the beach of Carcavelos, which in my opinion is the most friendly for beginners and intermediate surfers, provides surf rental spots and surf schools. I have found that sometimes it is worth to let go and not plan absolutely everything. A valuable lesson. 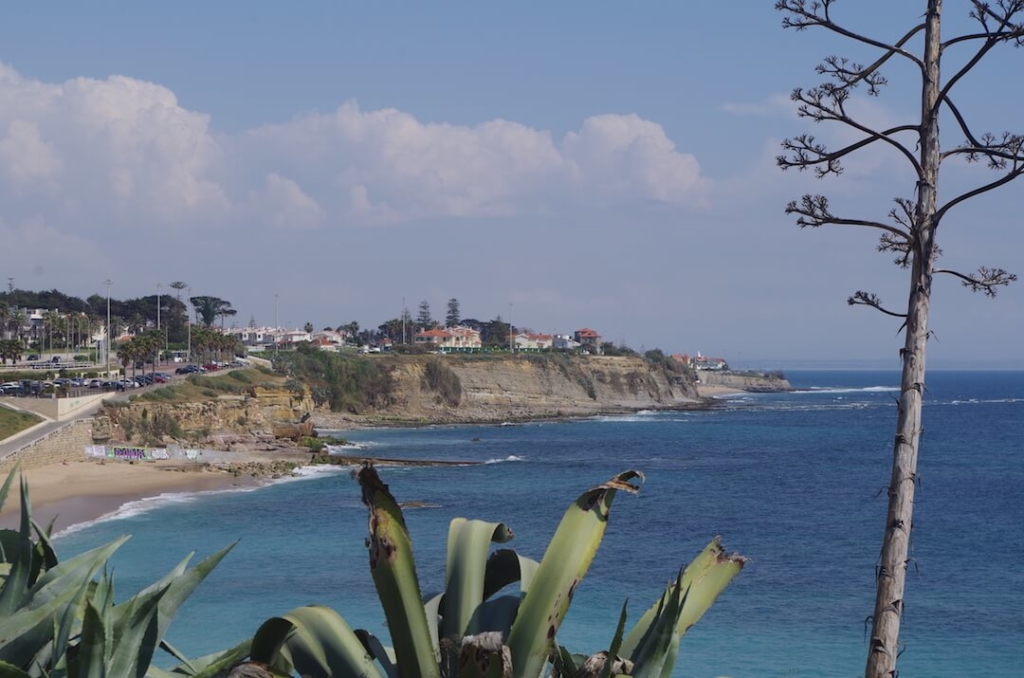 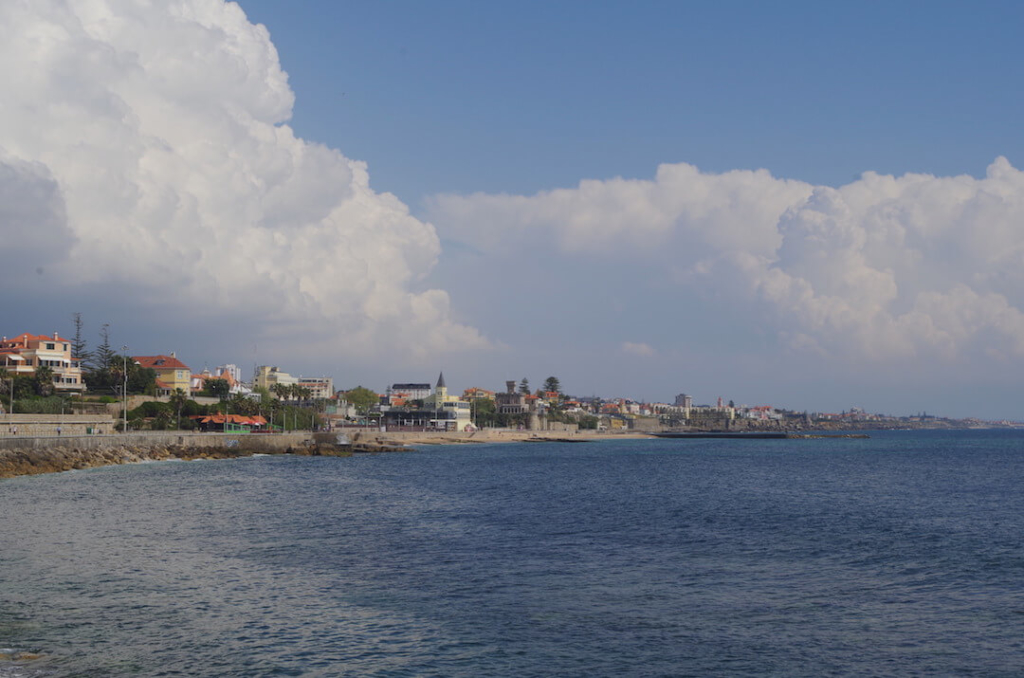 4. One do can have fun vacation without surfing

Because of all the frustration caused by my lack of progress, unsuccessful surf lesson and difficult thermal conditions, I lost heart for surfing on that trip. The ocean adjusted by decreasing the swell, which made the waves weaker and weaker as days went. It turned out that it was the best thing that could happen! Thanks to this I started to feel what it means to enjoy the vacation without purpose again. Another strange statement, because this is what vacation is all about. I forgot about that totally since I fixed myself on surfing.

It was only in Cascais (our vacation base), where I returned to the holiday balance. I’ve changed my surf frustration for morning jogging along the coast, whole-day walks around the area (I recommend walking along the promenade from Cascais to Carcavelos), one-day trips to Lisbon or Sintra and culinary escapades, always led by Edyta. Suddenly, it turned out that you do not need surfing to have a great vacation.

The choice of Cascais, which is a 40-minute train ride from Lisbon, was perfect. It is an ideal starting point for those who are looking for closeness to the ocean (regardless of whether they surf or not), a relative peace away from the bustle of the metropolis, but with easy and quick access to it when the need to interact with the attractions of the big city awakens. 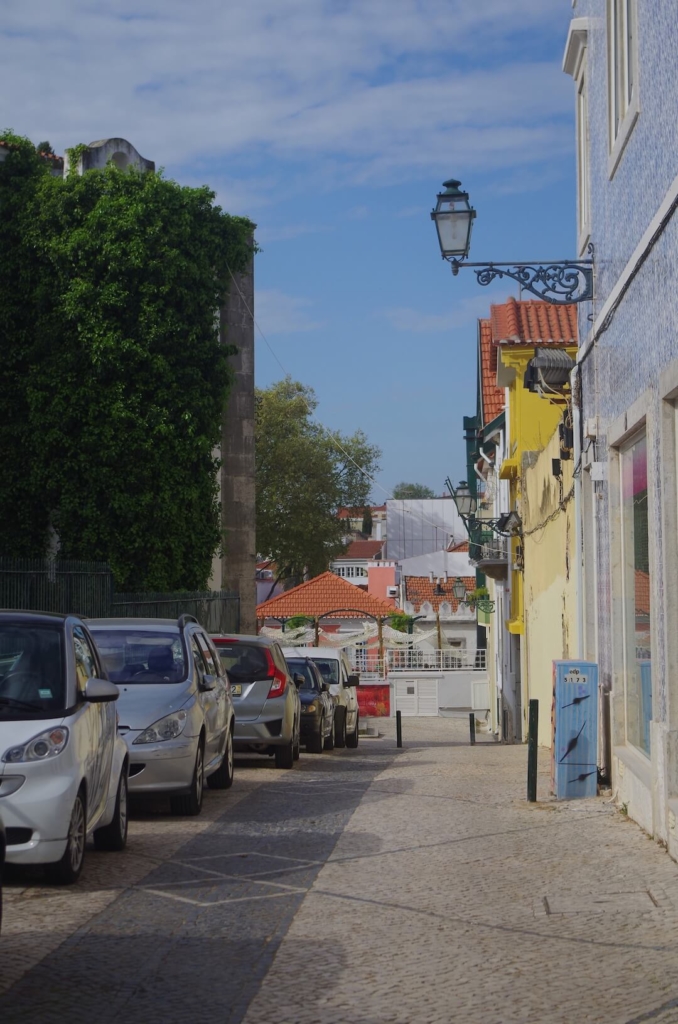 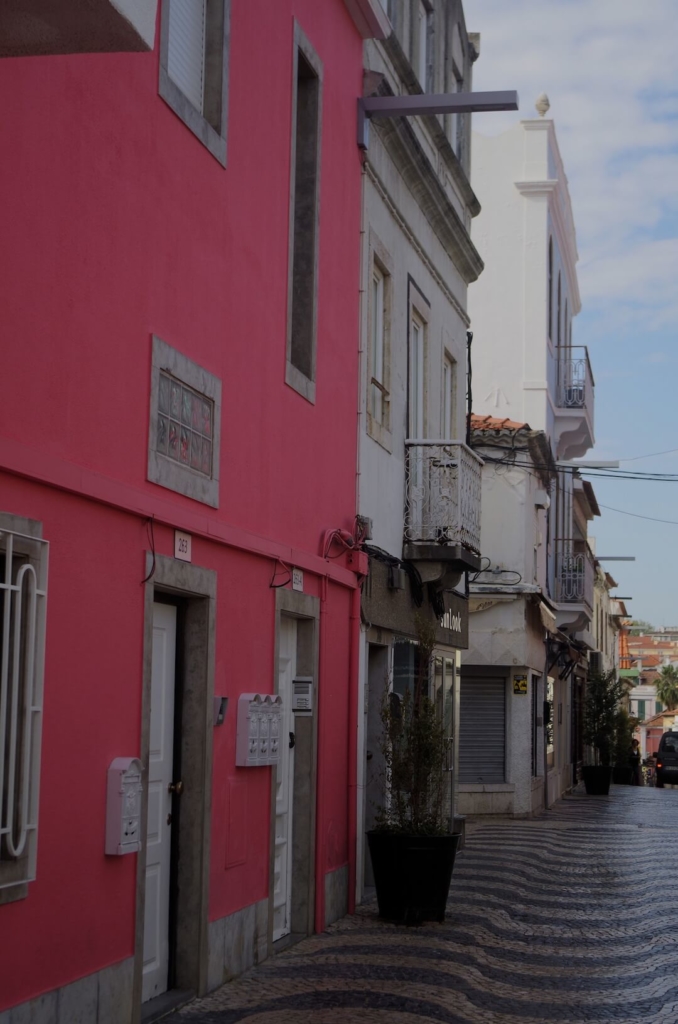 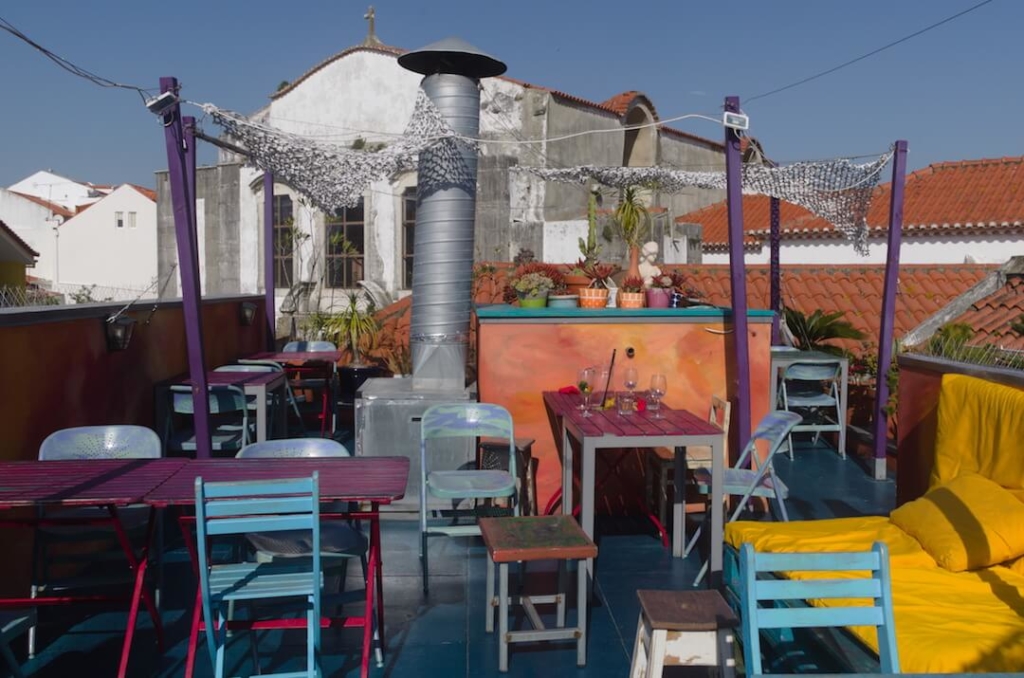 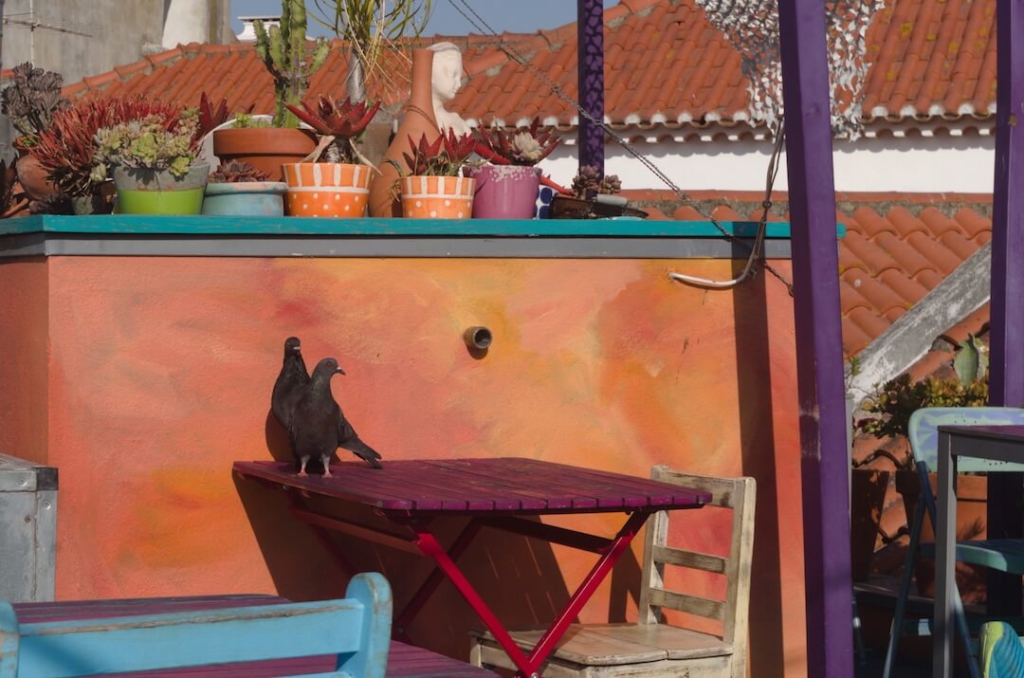 Cascais isn’t to big nor too small. It has couple of fine restaurants, from which I can recommend  vegan House of Wonders with astonishing rooftop view and Taberna Clandestina. To complete the picture add a pleasant promenade alongside the coast and local market called Mercado da Villa which offers fresh fish, seafood, vegetables and fruits. Cascais is just great!

Read more about surfing in Portugal